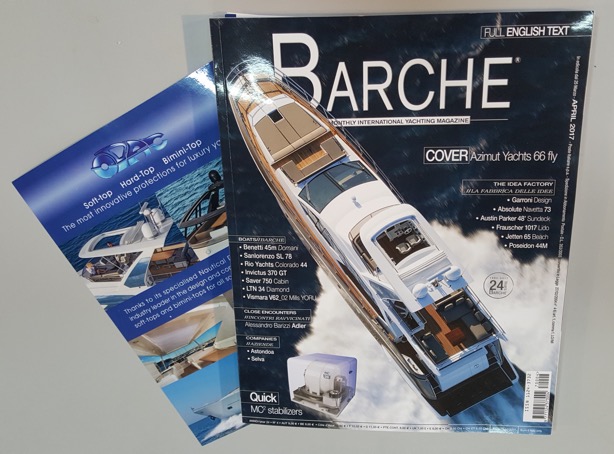 The soft-top made by Opac for the Azimut 66 is once again on the cover of a major nautical sector magazine. After the German Boote, now it’s the turn of the Italian magazine, Barche.

Barche has devoted its cover and an extensive feature article in its April issue to the beautiful Azimut 66. In the foreground of the cover image, readers can admire the soft-top made by Opac: in the photo it appears fully open, showcasing how effectively it can increase the liveability of the space beneath.

You can see many other beautiful photos of the yacht and the Opac soft-top on the inside pages. As the article devoted to the Azimut 66 tells us, “The boat is equipped with a soft top, built by Opac from Turin, with an upward movement system, which does not impinge on the area beneath it.”